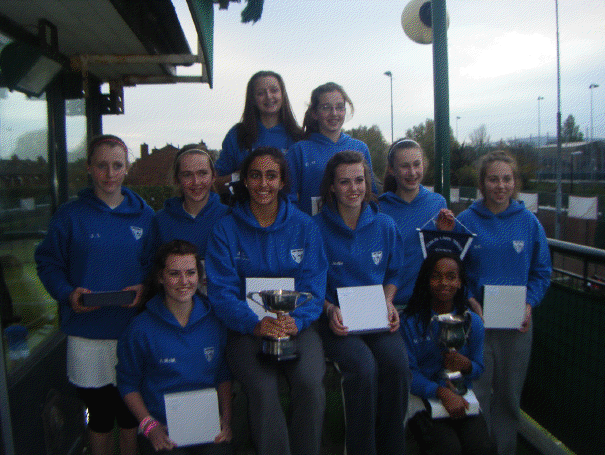 Last Sunday the 10th of November was a historic day for Naas L.T.C. with both under 14 and under17 girls teams winning the Dublin Lawn Tennis Club Division 1 finals which were held in LansdowneTennis Club. Both teams topped their groups in the early rounds resulting in the u14 team meetingDavid Lloyd Riverview in the final and the under 17 team meeting Carrickmines. The under 17 teamgot off to a great start with Megan Campion and Janeen Laabei winning the doubles match 6-0, 6-0.Anna Williams recovering from injury lost to Robyn Johnston 6-2, 6-1. The deciding game betweenJodie McWilliams and Hannah Judge was an intense affair with Jodie giving a very consistentperformance to bring the title to Naas tennis club for the first ever time.

The under 14 team got off to an impressive start with a convincing win for the first Naas doublespair Eimear Maher and Rachael Collins ,6-0, 6-3. The third pairing of Katie Dore and Marie PerlaBiansumba met strong opposition losing out 6-2, 6-3. At one point to each team it was up to theNaas second pairing to hold strong after winning the first set 6-4 but with strong attacking play fromEimear O Neill and consistent play from Cora Moloney the second set was won 6-2 and the historicdouble achieved for Naas Lawn Tennis Club. 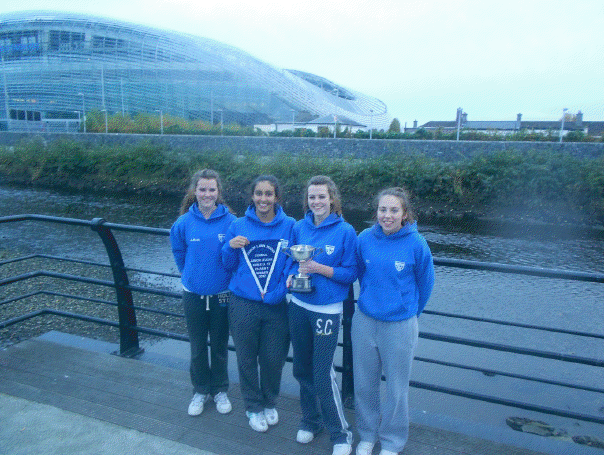 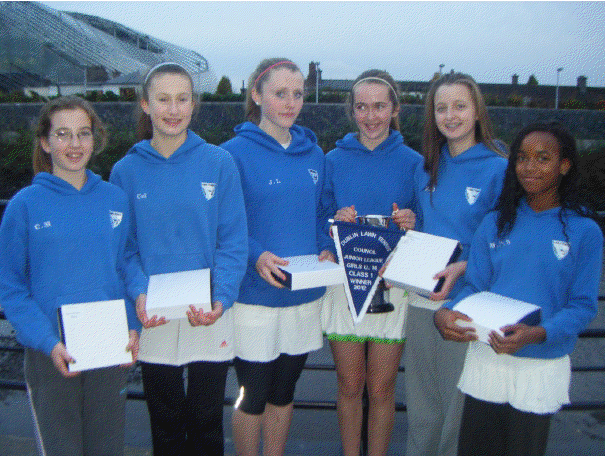 TENNIS 10s AT THE NTC

It’s a great way to keep young players motivated to continue to learn and play tennis, and as always it’s good fun too!

Entries can be completed on Tennis Ireland site – Link here.

– To determine what’s important for the player
– To maintain and reinforce motivation
– To increase persistence and effort
– To direct attention to aspects which are important to improve performance
– To ensure more productive use of time and
– To reinforce self-confidence when reaching your goal.

If you wish to plan the best way ahead for YOUR TENNIS come along and work with a top sports psychologist on Monday, November 12th at 6.30pm… it may change the way you think and feel about the game!

“This is part of a lecture series on various topics held throughout the year by Naas LTC run by a top sports psychologist to help YOU with the mental side of your game. We tend to do a lot with the technical, tactical, physical aspects of the game on-court. We now offer you the chance to improve your mental skills.” Jonathan Coulston, Head Coach

This lecture is sponsored by the Junior Committee. Admission Free.
Places are limited so book your place on-line now.

The County Kildare Junior Open Tennis Championships Under 9/Under 11 will take place Friday October 26th @ 3.30pm to Monday 29th October.
We would like to see as many entrants as possible from our own club in what should prove to be a very exciting and fun event!
Please note entries are limited in all sections.
On line registration is now available via the Tennis Ireland site on this link .

This is the first of what will hopefully be many ‘Junior Captains Blog’ posts, which aim to keep juniors in touch with what is going on in the club. We hope to use this blog to update you regularly on upcoming events, junior issues and junior news.

The first event we hope to run is ‘Teenage Social Tennis’ which will be on Fridays from 18:15 to 20:00, starting this Friday 28th of September. This night is for all juniors currently in secondary school. The night will involve an hour of Cardio Type Tennis, run by Janeen with pizza in the Junior Clubhouse afterwards. Hopefully juniors can use the night to have fun and meet up with other teenagers. The night will cost €3 per teenager (to cover the lights and your pizza!).

All you have to do is sign up online here before Friday.

That’s all for now, hope to see ye all on Friday.

On the day he will have a range of rackets with him and other sports gear and will be on hand to answer any questions about grips etc.

Points for Prizes is back!

Parents – you can now register your child online and give your more than welcome availability to volunteer for one of the dates. All the info at this link →

These guidelines should be followed whether you’re playing tennis or being a spectator. Most of us know the right thing to do – we just need a gentle reminder every now and then!